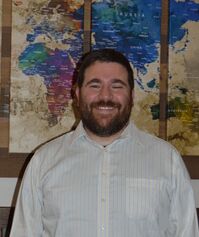 Pastor Ernie Stone is our Senior Pastor.  Ernie is a 2007 graduate of Lincoln Christian University with a BA in General Ministry and a 2019 graduate with a Master of Divinity.  He began his career serving as youth pastor at NHCC from 2008-2016.  He has been serving as Senior Pastor of NHCC since August 2016.  He is married to Ali and they have four children, Aletheia, Azariah, Ainesis and Evangeline.  They also have an awesome lab named Samba. 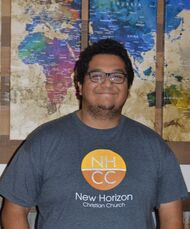 Pastor Oscar is our Youth & Children's Pastor.  Oscar graduated from Lincoln Christian University with a BA in Youth Ministry.  He has been serving NHCC since July 2017. Oscar is fluent in Spanish and is currently learning Portuguese.  He loves soccer and has a pet rabbit named Bunnito and a betta named Grayson.

Lisa Hinshaw is our office secretary. Lisa is married and has a daughter.

Ali Stone is our financial secretary.  She is a graduate of Lincoln Christian College and Illinois State University.  She is married to Ernie and they have four children, Aletheia, Azariah, Ainesis and Evangeline.  They also have a high-energy lab named Samba.